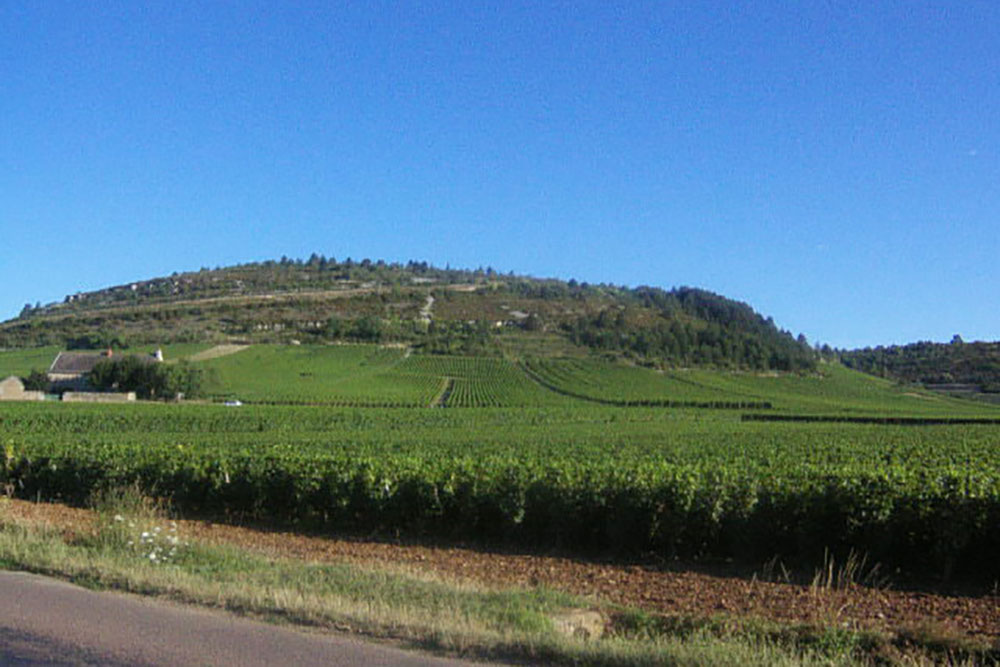 With Bastille Day coming up it might be time to look again at that great gift from Burgundy – Chardonnay. This ubiquitous wine when rediscovered back in the 1970’s, spearheaded the conversion of many red wine drinkers to the lighter and brighter side of life.

It is a wine that has changed considerably over the last 30 years or so in the new world but has been steady as she goes or occasionally slipping behind, back in its home of Burgundy. Of course it is such an adaptable grape variety that we now see it from Spain to Sicily and Tuscany as well as versions of chardonnay coming from New Zealand, North and South America and South Africa on the shelves of our local wine shops!

Chardonnay has become the world’s most popular white grape variety over the last 50 years and while there have been dips in that popularity it’s position remains. First brought to Australia in 1832 by James Busby who noted “ Chaudeny – produces indifferently; the only variety of white grape cultivated in the best vineyards”. It was this indifference that has to some extent plagued or enhanced the variety over the years with good wines being very terroir and grower dependent. There is no such thing as a typical Chardonnay, not even in Burgundy where the styles from Chablis to Meursault and Mâcon and beyond are all different.

The Chardonnay vine was known by many names and it was not until 1974 that agreement as to what constituted the varietal Chardonnay was officially recognized in France and California.

This diversity extends to the New World wines as well. Beauty is in the eye of the beholder and with Chardonnay, tasters tend to assess the wines based on their background and familiarity, even when it comes to the professionals- eg French compared to Australian, English or Californian judges.

Chardonnay vines obtained from Clos de Vougeot in Burgundy, were planted at Kirkton in the Hunter Valley from Busby’s collection and survived in two vineyards The Hunter Valley Distillery Vineyard ( now Tyrrells HVD) and Penfolds Sparkling Vale Vineyard. The modern development of Chardonnay as a new world white wine started in the Napa Valley of California and almost immediately became popular, Murray Tyrrell recognized the interest and obtained cuttings locally from the HVD vineyard, releasing his first Vat 47 in 1971.

Chardonnay’s early appearance in Australia as a single varietal back then was accompanied by quite a lot of oak with buttery malolactic overtones aimed in part to attract the red wine drinkers with their love of oak. Some say it was sunshine in a bottle and it seemed far more approachable than the austere battery acid style of Semillon around at the time.

Sherry was the social drink but Riesling was the white wine, along with Moselle and Hock and they came in a variety of mainly sweet but occasionally dry forms- the grape variety often having little relationship to the wines. Sauvignon Blanc had yet to raise its ugly head and Verdelho was mainly used in Madeira style wines. It was the era of Ben Ean Moselle, Traminer-Reisling and Lexia it was the 70 & 80’s………..

So today we look back and wonder how those early Chardonnays were accepted. At the time they represented a new approach to white wine making- single variety (not just a European name with no real connection to origin), dedicated fermentation, the use of Oak barrels and full of flavor.

There was a learning curve with this new variety, at first techniques more applicable to Riesling or Semillon with fermentation in stainless steel tanks followed by a lot of new oak 225l barrels! Gradually greater complexity with better integration of ripe fruit and oak flavours was achieved by using time honoured methods from Burgundy. Still there was room for experiment such that non-phenolic and phenolic techniques (without or with skin contact) were used as well as the frightening Oxidised phenolic approach of Ian Scarborough. All have attractive elements and reflect the importance of specific and concentrated wine making efforts, carefully molding of the wines to develop complexities that produce high quality wine from what can be an indifferent grape variety.

This indifference is reflected in the grapes when picked in that they often exhibit little varietal character unlike most other white wine varietals. When asked what was the flavor of Chardonnay the great pioneer of Californian wines Robert Mondavi replied ‘I don’t know’! which sums up the difficulty we have in defining Chardonnay. We look for elements of peaches, apricots, citrus, figs, pears and even banana depending on the ripeness and on the climate, terroir and viticultural practice.

I can well remember Len Evans being highly critical of the Hunter Chardonnays at the Hunter Wine shows in the late 1990’s. His concern was that the “sunshine in the Bottle” approach concentrating on primary fruit characters led to a short upfront expression of flavor then they disappeared. Line and length was what was lacking and in his view we would not be considered a world class Chardonnay producer till we developed a more sophisticated wine, and adopted more of the Burgundian approach to the integration of fruit and oak.

Today we have wines that not only compete with those of Burgundy but often outclass them! Regionality has also become important in Australia just as the various terroirs have in Burgundy.

James Halliday writing last Christmas noted our chardonnays are brighter and fresher, with greater length and intensity, more subtle and fruit driven. He quotes Jancis Robinson OBE MW “from about 2012, Australia has been producing a raft of truly world class chardonnay, very much in the savoury, steely, super-crisp style of refined white Burgundy, but often with more apparent potential for future development”. The parameters that determine a wine style in general are fruit, oak, richness and texture.

The fruit remains the key to making a good wine and the terroir and management in the vineyard will always determine the outcome. A lot is said about the benefits of a cool climate with Chardonnay but if you ever go to Burgundy in the middle of their summer you will find it is often hotter than in Pokolbin without the benefit of the cool evenings. Indeed one characteristic of Chardonnay is its ability to tolerate warm to hot conditions. Indeed the best Burgundies come from the hottest years by and large reflecting the need for ripeness to make good wines. Of course we pick our Chardonnay in the Hunter in early to mid-January when ripe and before it gets too hot.

I am inclining more towards the Chablis or true Burgundy style. Timing is everything so by picking the grapes earlier in the season we achieve a lower alcohol content and crisper acidity, we now use larger 300l barrels replacing the 225l barrels thus giving less transfer of oak characteristics to the wine.

There are a number of ways to manipulate the outcome of Chardonnay. The choice of Oak barrels can alter the final flavor and we often have a mix from various French Barrel makers and score the wine in each barrel. This helps in determining what barrel characteristics and brands we will use next season. We can adjust the time wine spends in barrel as well as the level of toasting- high barrel toasting verses low toasting. The toasting caramelizes the sugars in the sap of the wood contributing to the final flavours.

In todays market there has been a renewed interest in Chardonnay continuing the trend towards longer and leaner white wine but there is also a demand from consumers for more substantial white wines that can be enjoyed as an alternative to red wines. De Je vous again!

Ken Sloan of Mistletoe winery is among the keen local advocates of Chardonnay and for years has been working towards a more refined style and has been rewarded with medals and acclaimed recognition for his fine wines.

So while we at Tintilla have moved to a style I am comfortable with, the flinty, linear, subtly oaked Chardonnay- in the words of James Halliday reviewing our wines “the Hunter has rediscovered how to make Chardonnay”.

While there has been a rejection of those earlier full bodied Chardonnays- there remains a demand for those older style wines. This has also led to the search among newer varietals –Marsanne, Roussanne, Viognier and Arneis, to add flavours that will work well with heavier meals as alternatives to red wines.

There are people who only drink white wines and the fuller bodied, oaked chardonnays offer a wine that could be enjoyed with steaks and rich sources and Italian ragu’s etc. There is no one right way to produce Chardonnay only the opportunity for diversity.

For me while it is interesting to try these new wines but until they settle down into a regular reproducible style it remains a bit of a gamble in selecting them. Better the devil you know as they say. With Chardonnay we have a number of well-established styles that have emerged over time and that are predictable so that food matching is not a problem- we know what to expect within vintage variation.

None the less I can see the unrequited thirst for the new that has always been part of the great interest wine holds. The added interest has to be good for the industry and in the end consumers will vote with their feet as has happened in recent years with the revival of interest in both Semillon and Chardonnay.