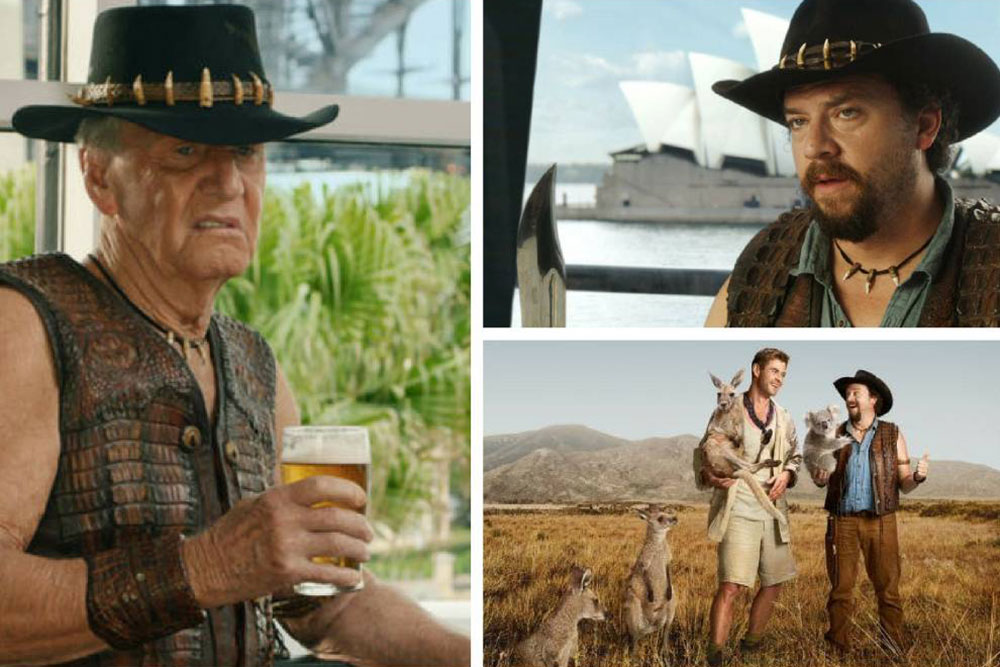 “A new, star-studded Crocodile Dundee-inspired TV commercial has aired for a potential 110 million Super Bowl viewers in the US as part of a record $US27 million ($38 million) Tourism Australia campaign targeting US travellers.

It is the federal government’s most ambitious and expensive tourism campaign for a single overseas market.

Most advertisers paid US TV network NBC about $US5 million for a single 30-second slot in Sunday’s clash between the New England Patriots and the Philadelphia Eagles.”