“From the Cellar” or Bob’s folly 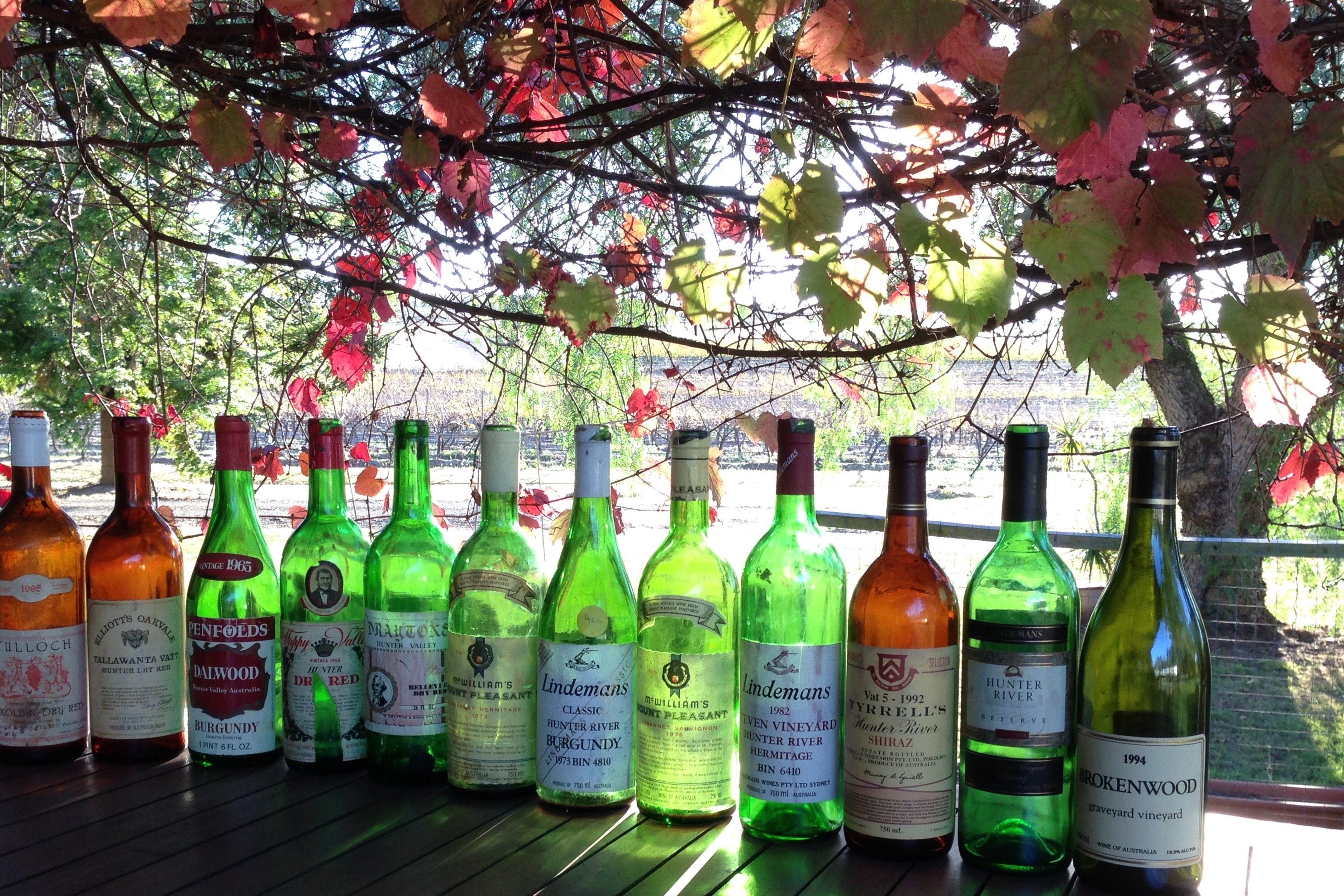 At the Dinners Club of 64 recently I served four “older red wines”, none under 20 years of age and all Cabernet Sauvignon. Surprisingly they were all traveling well for their age with the Leo Buring 1986 softened and taking on an almost Pinot Noir character. That’s the thing with Cabernet it needs age to become enjoyable rather than just drinkable. Some of the younger members of the club had not tasted such older wines.
Today, most wines consumed still have the varietal fresh fruit and youthful taste along with bright clean colours and lovely grape aromas. It always amazes me how many people’s appreciation of cabernet, for instance, is based on these young, racy qualities of what I regard as almost raw wines. However, if well balanced and concentrated, they really need bottle age to allow the true development of their qualities. Most wines commercially produced can be drunk at the next BBQ and would not benefit from aging.
Others, unfortunately, are beyond redemption, but I have kept some of them for sentimental values or reminders of events or visits to wineries in the past. Those were the days when the wines showed great promise and would improve with age. At one time it was fashionable to buy a dozen bottles with the view of trying one every year to see when it was optimum to consume it!
Storage of wine is obviously important. Good wine with balance and the potential to age gracefully should not find a home under the stairs or bed and it doesn’t appreciate being shaken up too much!
Modern kitchens seem to include wine racks above the fridge or at the end of the central island- for wine about to be consumed but not for storage. Indeed, we all know most wine is consumed on the day of purchase, but I am really addressing those wines with aging potential and of course those that need age before the can be enjoyed.
I have always kept a cellar initially in the sandstone rooms under the houses of our Sydney federation style homes and in the last 20 years a purpose-built “cellar”- read cement water tank lowered into the side of the hill, and air-conditioned. The aim has been to have minimal and slow temperature variation, in part to protect the corks and to avoid undue influences on the wines.
When you think about it, wine put into a cellar is there not to be drunk!
Wine is still a living product that needs protection particularly from oxygen. The hope is the slow microbiological activity and chemical interactions will enhance it.
The phenolics as they combine become heavy and drop out of solution, forming the sediment deposits and at the same time softening the wine. Simultaneously the inky colour produced by the phenolics fades and the edges of a wine in the glass appear orange and finally brown.
With the transformation of a vigorous, fruity, tannic young wine the secondary and bottle aged characters emerge-the smells and flavours that are the reward for cellering the wine.
One reason Cabernet ages so well is the density of tannins which give it added protection, other aspects of a wine, such as the acid level, help protect the wine, such as with Semillon.
Of course, these days most wine I buy is under screw cap and for a very good reason. The number of bottles that have had premature oxidation over the years despite the care given to storage is not insignificant. Cork taint has also been an issue with up to 20 percent of bottles affected. Sometimes the cork taint can be merely the dulling of the flavours but it can totally ruin a bottle of wine.
I am very sensitive to it, the odour of a damp cloth, moldy basements, moldy damp newspaper as it is sometimes described once detected never forgotten. The cause is a chemical compound 2,4,6-trichloranisole or TCA and some other similar compounds which arise by the interaction of chlorinated phenolic compounds with molds. This is usually transferred to the wine from the cork but can also be transferred through the cork.
Despite the best efforts of the cork industry, it remains a problem and is not selective – the most expensive and lesser wines are equally affected!
I have mostly red wines in my cellar for obvious aging potential but also some white wines-principally Semillon and some riesling and chardonnay.
The screw cap has helped immensely the aging of Semillon, slowed down the changes and preserved some of the youthful characters. Still, with time, the honeyed tones along with some oak and nutty characters emerge despite no contact with wood. This is a topic in itself but how lucky are we to have a more reliable closure that enables endless pleasure.
The quality of cork is important in reducing premature oxidation with various grades based on the appearance on fissures, holes and other imperfections and then there is the length of the cork which gives additional protection.
With the wine boom of the late 1990’s, the cork suppliers failed to maintain standards – they were said to be watering the trees to increase growth and as a result, greater porosity of the corks occurred. The 1998/9 Hunter Semillons fell foul of their enthusiasm and indeed the experience drove the change to screw cap closures
The addition of brandy to ports and fortified wines as well as the sugar level help protect these wines which may explain why many are bottled
with relatively short corks.
Down memory lane, some older bottles from the cellar- Chateau Douglas and Belbourie now long forgotten Hunter wines and a Saint Emillon 1964 brought back from our first visit to Bordeaux!
#aroundhermitage #huntervalley #bobsblog #tintillaestate
Author: Robert Lusby AM
©Around Hermitage Association