Have we gone missing or what are we missing? “The Next Big Region” 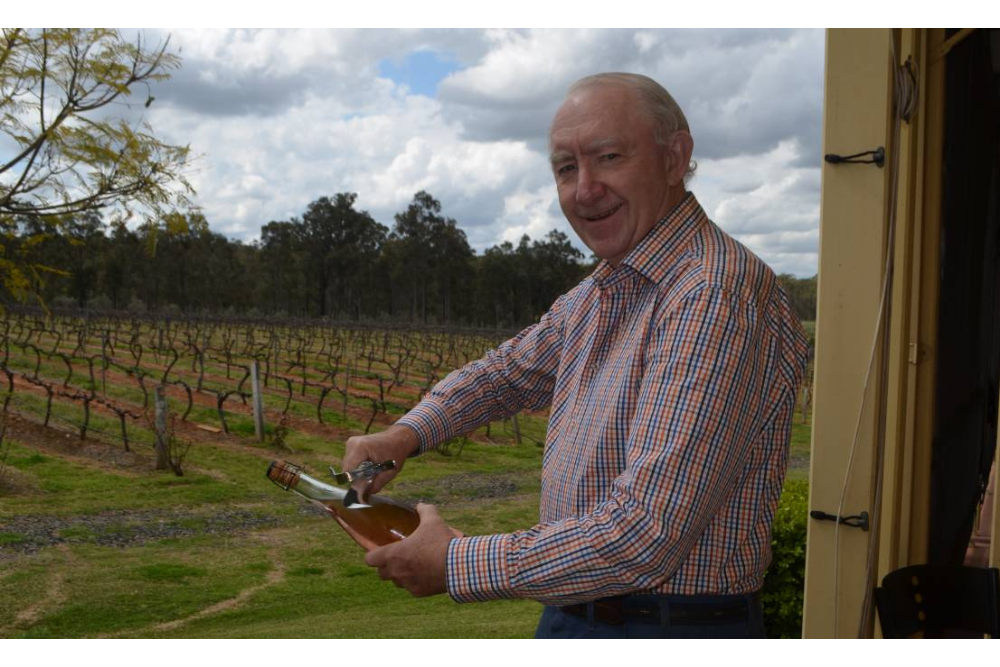 We often take pride in our recognition in the UK, but have we been doing enough to promote our region with increasing competition from newer regions as well as the old ones? Have we slipped under the radar that much?

Where the hell are you!!!

Have the big broad acre wines from South Australia, famous for their fortified wines in the nineteen and early twentieth century and now big and bold and at times almost undrinkable reds taken over? Of course, our modern Australian export industry has been built on the reds, of Barossa, Coonawarra and Great Western, etc.  Shiraz is the most planted red varietal in Australia and its characteristics certainly reflect the place from where it comes. Big, bold and in your face! Great for BBQ’s but also many outstanding wines that will go on forever. Not to detract from these OTT wines but time to discover a more approachable alternative.

While the other regions were into Port and Sherry, the Hunter was pioneering the production of fine table wines with elegance and character. Producers such as Lindeman, Wyndham, Kelman, O’Shea, Mount Pleasant, Tyrrell, and Lake all sought to make wines to entice the palate. Will all this effort be lost?

Now we often think the Australian wine industry is fairly young but in fact, it traverses four centuries from the late 1700s onwards, and the Hunter has been involved in wine production from the 1820s.  In that time the European wineries adopted the new technology of cork closure which enabled aging of wines and of course, the vineyards were wiped out in the late 19th century by the Phylloxera infestation. So, we grew up in unison with the rebirth of the European wine industry and in an age of scientific inquiry, we were quick to engage.

Jo Thomas also pointed out The Hunter accounted for only 2% of Australia’s wine production, yet Burgundy only produces 4% of French wine production. So, size doesn’t count, it’s the quality, style, and reputation that makes the difference.

A key element of the European wine industry is the community that exists around the making of wine and the traditions that had developed over centuries. When you travel to Burgundy or Tuscany for that matter, you cannot miss the strong sense of community and pride in their products. This, of course, magnifies the enjoyment and helps promote the wines and experience. Wines can be a statement of people and place and good wines especially so.

We have a strong and now diverse community in the Hunter. Not only centered on wine but also tourism – a growing part of our market. Recently, Chris Bray organized a fundraising “Bubbles and Brunch” at Ironbark Hill Function Center on Hermitage Road for the NSW Cancer Council and over 100 “Locals” raised in excess of $8000. A great example of our ability to work together.

We have a community that comes together for wine shows, diverse promotions and more general supportive events such as ADFAS meetings and Sacred Places events. The friendly reception of guests in Cellar Doors, restaurants and accommodation venues reflects a community in harmony. All of this is important to create an appropriate image for our region. At the end of the day, it rubs off on our visitors and customers in a positive way.

I often compare the Hunter to Burgundy because of the dominance of small, mainly family-owned holdings – not broad acre vineyards such as Bordeaux or the Barossa – and also the importance of Terroir to good winemaking and to the characters of wine in both areas. Today, we should also recognize the role of tourism as being important to both regions. There are some 130 wine producers and more than double that number of businesses with wine tourism-related interests in the Hunter!

We both have hot summers and the challenges of rains, hail and sporadic storm around harvest. We have evolved well suited viticultural practices, but it is the delineation of exceptional vineyards which have emerged over time that really stands out in both regions. This is emerging as an important point of difference and a means of creating new interest in the Hunter.

It was the Cistercian monks (those of Clos de Vougeot fame) who first noticed that different plots produced consistently good wines while others did not, recognizing the importance of Terroir to winemaking. Today it is central to the marketing of Burgundy wines. The individual “Climats” as the plots of land were called were recognized for the quality of grapes produced, there are some 1247 such plots!

Over time it also became obvious that certain varieties were admirably suited to the region, so Pinot Noir became the Red of Burgundy.  In a similar way, Semillon through experience became a natural white variety for the Hunter. Indeed, at the high end of quality, these wines can be seen as vehicles for expressing the character or terroir of the blocks in which they are grown. Vineyards clustered around the Rothbury Creek, for instance, tend to produce outstanding Semillon.

Through experience here in the Hunter, the winemakers know which blocks produce the best fruit and actively seek out parcels for their wineries. However, this is a word of mouth thing without any formal classification. There is currently an initiative to delineate those blocks with old vines, some over 100 yrs with their roots longingly clinging to the Hunter soil and cared for by generations of grape growers.

The Burgundian Duke Philip the Bold in the thirteen hundreds, encouraged the sole production of Pinot Noir, banning the “vile Gamay” a high yielding, low-quality grape. He also banned organic fertilizers to reduce high yields which reduced the quality of the wines.

Although we may think the science is settled or the varietal planted is fixed that is not always the case. In the middle ages, the dominant white wine of Burgundy was a Pinot Gris like variety called Fromenteau. Chardonnay was a relatively latecomer, possibly coming from Lebanon and not a mutation of Pinot Noir as first thought.

Murray Tyrrell was behind the revision of Chardonnay in the Hunter, although it had been grown from the early days. The original Busby Chardonnay cuttings were planted at Kirkton, on the Hunter River, a property managed by his sister and her Husband William Kelman. Their son James took over later and married Matilda Lindeman. Subsequently, Lindemans took over the property. The last vintage there in 1924, according to Dr. Phillip Norrie, produced 100 gallons of both Chablis and Burgundy from Busby’s original vines. Carl Stockhausen, the legendary winemaker, tells me that at Lindemans he also produced a Chardonnay blend in 1969 which created some interest at head office, but this was not a commercial release as I understand it.

Chardonnay was also used in the production of Brandy; indeed the story goes Murray obtained his first cuttings from The Hunter Valley Distillery Block on Hermitage Road.

Following his visit to Burgundy where he obtained cuttings, James Busby in 1833 described the grape thus “Pineau Blanc, or Chaudeny—white. Produces indifferently; is the only variety of white grapes cultivated in the best vineyards. It is now the most widely planted white grape variety here. Busby obtained his Hermitage and Chaudeny cuttings from Clos de Vougeot, another link.

In his Definitive Guide to world Chardonnay, Alan Young says Hunter Chardonnay is the ultimate enigma – producing world-class Chardonnay despite the oddities of climate. Some believe the origin of the grape in warm to hot Lebanon has enabled it to do well in the Hunter! Don’t forget Burgundy gets really hot in summer.

James Halliday in his book The Wines & History of The Hunter Valley says Murray Tyrrell was of the opinion that young Chardonnay showed great varietal definition but as it matures it steadily picks up more and more district flavors losing its varietal definition.  While this was possibly an overstatement and was early in his experience it was, however,

Murray Tyrrell was right in his observation that over time wines from the Hunter take on recognizable Hunter features. Indeed, as they grow older the varietal “hit” fades and a more rounded wine emerges. At a recent Diners Club of 64 dinner this was noted by many when a 2007 Shiraz was tasted blindly against a Sangiovese of the same year, both from Tintilla Estate, they had almost merged into the same Hunter wine despite their varietal differences. Similarly, some older Semillon’s from 2009/5/2 were thought to have elements of Chardonnay which certainly confused people, although there was agreement as to their Hunter origin. The woody elements and slight honey characteristics of non-wooded Semillon that come with age added to the confusion.

Like most wine growing areas worldwide we have had our ups and downs but in recent years there has been a steady growth and interest in the Hunter. A new community has emerged on the coattails of our pioneering families- those who managed to stick it out through the 1890’s depression, the coming of the federation, the first world war, the depression and second world war then in the 1960’s new life with Lakes Folley and associated developments going through to the 80’s and 90’s with changing wine tastes and the revival of whites and reds as well as a whole lot of new varietals on trial.

While Semillon and Shiraz are our most recognizable wines in terms of distinctive “Hunter” characteristics. Chardonnay, since the 1970s, has been a champion and has followed the fashion determined by the drinking public.

For years Len Evans would lecture us at the annual Hunter Valley Wine show about getting Chardonnay Right! At a wine community level, the annual shows-Hunter and Hunter Boutique have been important in improving standards and identifying the top expressions of varietal and outstanding blocks. It’s like a marriage – site aspect, soil and drainage linked with varietal to produce great progeny. However, the midwife (winemaker) has to get it right and that was what Evans was always on about.

The introduction of the local private irrigation pipeline, thanks to Brian McGuigan and colleagues, has enabled the dry springs to be managed, increasing the quality and reducing the variability from year to year.

The new band of winemakers, many trained locally in the older establishments, while keen to maintain the traditional varietals are exploring a broader range including some Italian wines such as Sangiovese, Fiano, Vermentino, and Barbera. Amazingly given the climatic situation there are even some brave organic wine producers such as Macquariedale and Tamburlaine!

All this points to a great mix of interest in the Hunter Region for people to explore and enhances the attractiveness of wine tourism- There is a growing need for green retreats from the cities and places of interest for inbound tourists. As interest in Regional wines grow we have an opportunity to underwrite our industry with a sustainable new approach. We can welcome the changes and as a community grow together. It is obvious we all need to support the promotional initiatives of the Hunter Valley Wine Tourist Association and get behind “the Next Big Region”!

Journal of a Tour of Spain and France James Busby Esq Stephens and stokes, Sydney 1833