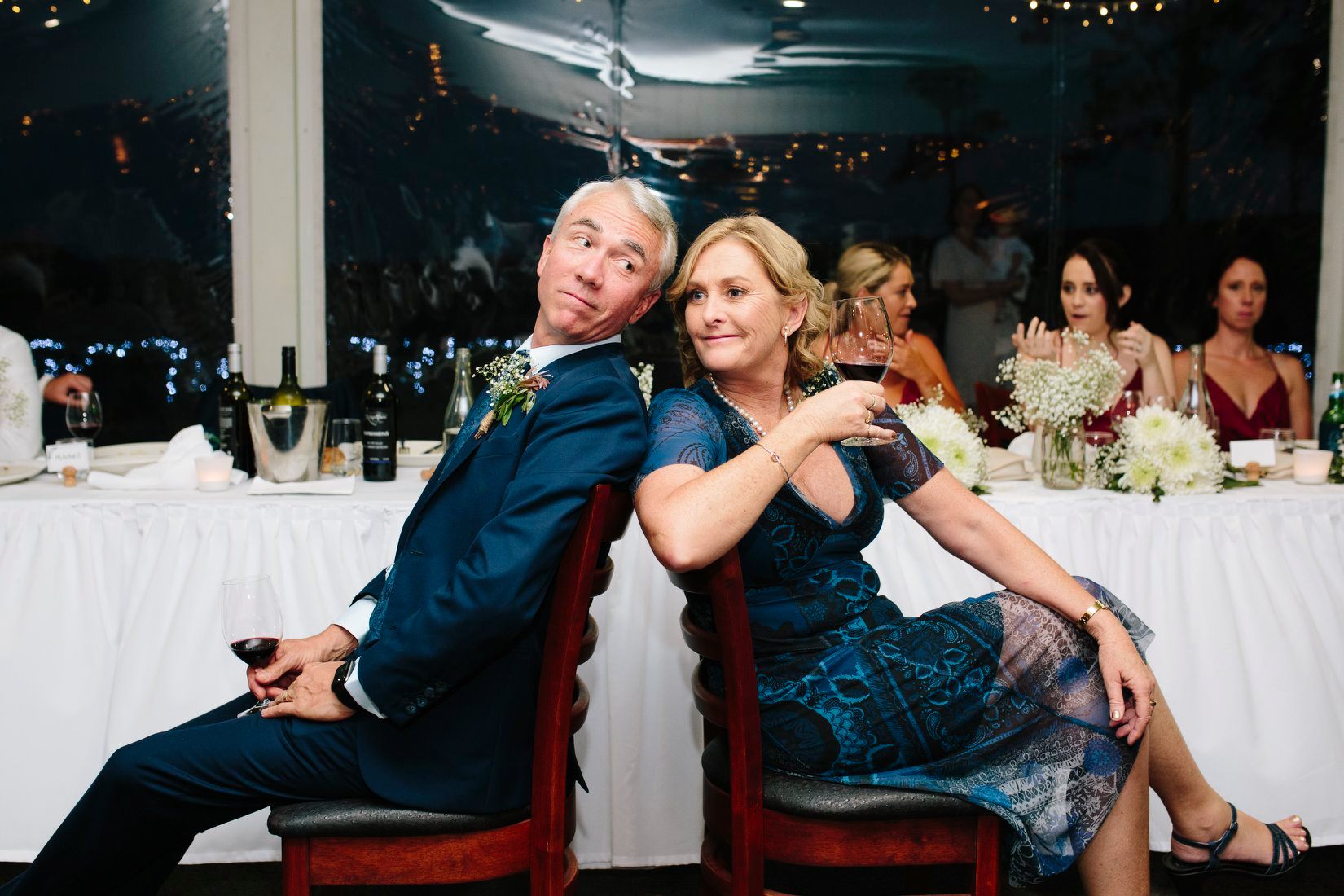 It’s been three decades since Darren and Tracey Scott started coming to the Hunter Valley to indulge in their passion for wine tasting, and 20 years since they decided to create their own.

But after buying a picturesque 40-acre Pokolbin property in 2000, they have worked tirelessly to create one of the Hunter’s premium boutique wine, food and accommodation destinations – RidgeView. Establishing a wine label from scratch is not exactly an easy enterprise, especially when you’re squeezing it in between working your day job as a dentist (Darren) and raising a family of four young children.

Not surprisingly, it’s been a long road for the Scotts, both in the daunting number of kilometres they have travelled over the years from their family home in Sydney to their burgeoning enterprise in the Hunter, and the massive transformations that have been wrought on their “little patch of dirt”.

“We haven’t moved to the Hunter, but rather made the Hunter our second home (for now),” Darren said.

“My wife and I have always had a passion for wine and frequently travelled to the Valley during the late 80’s and 90’s.

“When we established our brood of four, we decided in 2000 to buy a patch of dirt.

“The biggest challenge in the early years was time… everything takes much longer than you expect, especially when it is a part-time gig trying to build and establish a vineyard.”

The “building” process began soon after the Scotts took ownership of ‘Ironbark Estate’ as it was known at the time, renaming it ‘RidgeView’ in honour of the property’s spectacular views and its location on one of the highest points in Sweetwater Ridge Estate.

With the support of a group of close friends, the Scotts embarked on the daunting task of transforming the 40-hectare timber property into a vineyard with 22 acres of selected vines, four self-contained cottages as well as a cellar door and restaurant.

The process of preparing the soil, planting, training and pruning vines during that first year showed the Scotts just how much hard work was going to be required to turn their dream into a reality.

But the toughness of the task failed to dampen their enthusiasm for the end goal, and by 2001 they had established a 22-acre (nine-hectare) vineyard and built the first two of what would eventually be four tranquil self-contained cottages.

In the years that followed, they continued to develop and expand their operations on the site, with further infrastructure established before the sparkling in-ground swimming pool was put in for use by guests in 2004.

The destinations’ recreational credentials continued to expand the following year, with guests gaining the option to relax with a spot of tennis on-site before further vineyards were established in 2006 and the remaining two cottages were added between 2007 and 2008.

Production of the first few vintages of RidgeView wines was well underway by this time, although the start to the whole winemaking process was less than ideal.

The first Shiraz and Chambourcin grapes were harvested from the vines in 2004, with the wet vintage forcing them to hand-pick and transport all the fruit from the vineyard as the ground was too soggy to use tractors.

When harvest rolled around in 2005 following a hot, dry summer that ripened the fruit to perfection, Ridgeview’s vineyard was nearly at full production, with Merlot, Cabernet Sauvignon, Semillon, Verdelho and Chardonnay joining their original Shiraz and Chambourcin grapes.

New varieties continued to be added to the mix in the following years with the aim of producing premium, 100 per cent Hunter Valley wines that are approachable while young, yet develop character with careful cellaring.

That aim was soon earning RidgeView plenty of positive feedback on the wine show circuit, with their 2006 “Generations” Reserve Shiraz being awarded Best Young Shiraz at the 2009 NSW Wine Awards.

RidgeView’s wines have continued to earn industry distinction over the years, making an impression on everyone from industry show judges to esteemed wine critics such as James Halliday.

“We make wines from seven varieties including Pinot Gris and our wines are very much ‘Hunter Valley’,” Darren said.

“Great wines ultimately come from great vineyards. We believe that the wines we make are reflective of the preparation made to the soils and the viticultural practices carried out in the vineyard, with attention given to Integrated Pest Management (IPM).

“This means no unnecessary spraying against pests and diseases.

“There is a natural biodiversity within the vineyard, and this is reflected in the quality of the fruit and the resultant wines.

“We have won over 700 medals and more than 20 trophies for our wines.”

In 2010 RidgeView achieved another milestone when the property’s stunning new cellar door and 110-seat restaurant were opened.

Ideally positioned to make the most of the views over Little Gully Vineyard running up the ridge, the cellar door and restaurant were faultlessly designed, with the building making clever use of space, light and materials to maximise the enjoyment offered by its marvellous location.

The perfect addition to any wine tasting tour, RidgeView has become a popular dining destination and wedding venue, with the family-orientated restaurant considered one of the best in the Hunter Valley.

Favoured by locals and visitors with its emphasis on fresh seasonal local produce, a strong Mediterranean influence and carefully-selected food and wine pairing, the restaurant is run by a passionate and driven team.

The restaurant’s seasonal menu is designed to make use of their on-site herb and vegetable garden and to entice the senses and enhance the flavour of their wines.

For those who want to savour the RidgeView experience beyond their meal at the restaurant or tasting experience at the cellar door, the estate’s four gorgeous guest cottages provide a secluded oasis to escape and unwind.

Perfectly spaced to give the guests of each cottage plenty of privacy, they include two king-sized one-bedroom cottages and two queen-sized two-bedroom cottages, which also feature a second bathroom each.

Tastefully appointed with great attention to detail, the self-contained accommodation features complete kitchens and undercover outdoor dining areas with barbecues, allowing you to make the most of the spectacular surrounds at every opportunity.

Perfect for a romantic weekend away, all four cottages have indoor spa baths and large two-person showers, while the luxurious king bedroom cottages also have an outdoor, undercover jacuzzi and sauna on the wraparound verandah.

As a family-owned venue, it’s little wonder that RidgeView is an ideal destination for both young and old, with special events planned throughout the year that will keep the little ones happy while their parents indulge in some of the winery’s over-18 offerings. Upcoming events include a Kids’ Egg Hunt from 3pm on Easter Saturday (April 18), as well as a Kids’ Fun Day from 11am to 3pm on the Sunday of the June long weekend (June 7), featuring a petting zoo; kids eat free offer and more.

Darren said family has always been at the heart of the venture, and he and Tracey are proud to have watched their four children, who were aged between five and 11 years when they bought the property, grow alongside and take a hands-on role in the development of RidgeView.

“There have been lots of proud moments over the years, but too many to mention,” he said.

“I feel that all four of Tracey and my children being married and having their reception at RidgeView over the past nine years is very special.

“The early days when all the extended family would come from interstate and intrastate for the June long weekend Billy Cart competition was also very special.

“I still practice dentistry in Sydney and my son joined me in the practice more than three years ago. He is a keen farmer and is up every weekend working in the restaurant kitchen garden.
“The key to our success over the years has been the support of my wife, children and extended family, as well as hard work and determination-plus to make a mark and promote the region.”

Article from Your Hunter Valley Magazine