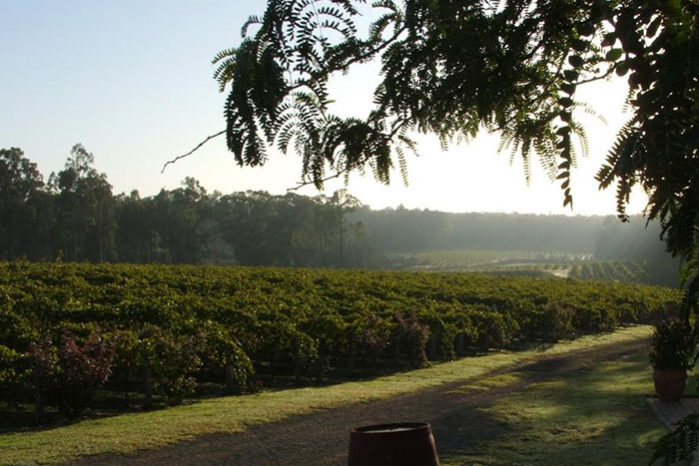 “Since 2008 James Halliday has regarded the Hunter Valley’s Tintilla Estate worthy of his sought after 5 star rating, and last night it got one better for Tintilla with a revered 97 rating (equal highest score for any Semillon in the newly released 2015 James Halliday Australian Wine Companion) for its Semillon. Tintilla now also has a red 5 star rating.

Tintilla Estate is a family owned and operated 25 acre vineyard in the heart of Pokolbin, in New South Wales’ Hunter Valley wine region. The vineyard is centered on a tributary of the Rothbury creek, in an area with soils renowned for Semillon. In fact this Rothbury Creek bed is responsible for producing James Halliday’s top two 97 point Semillons!