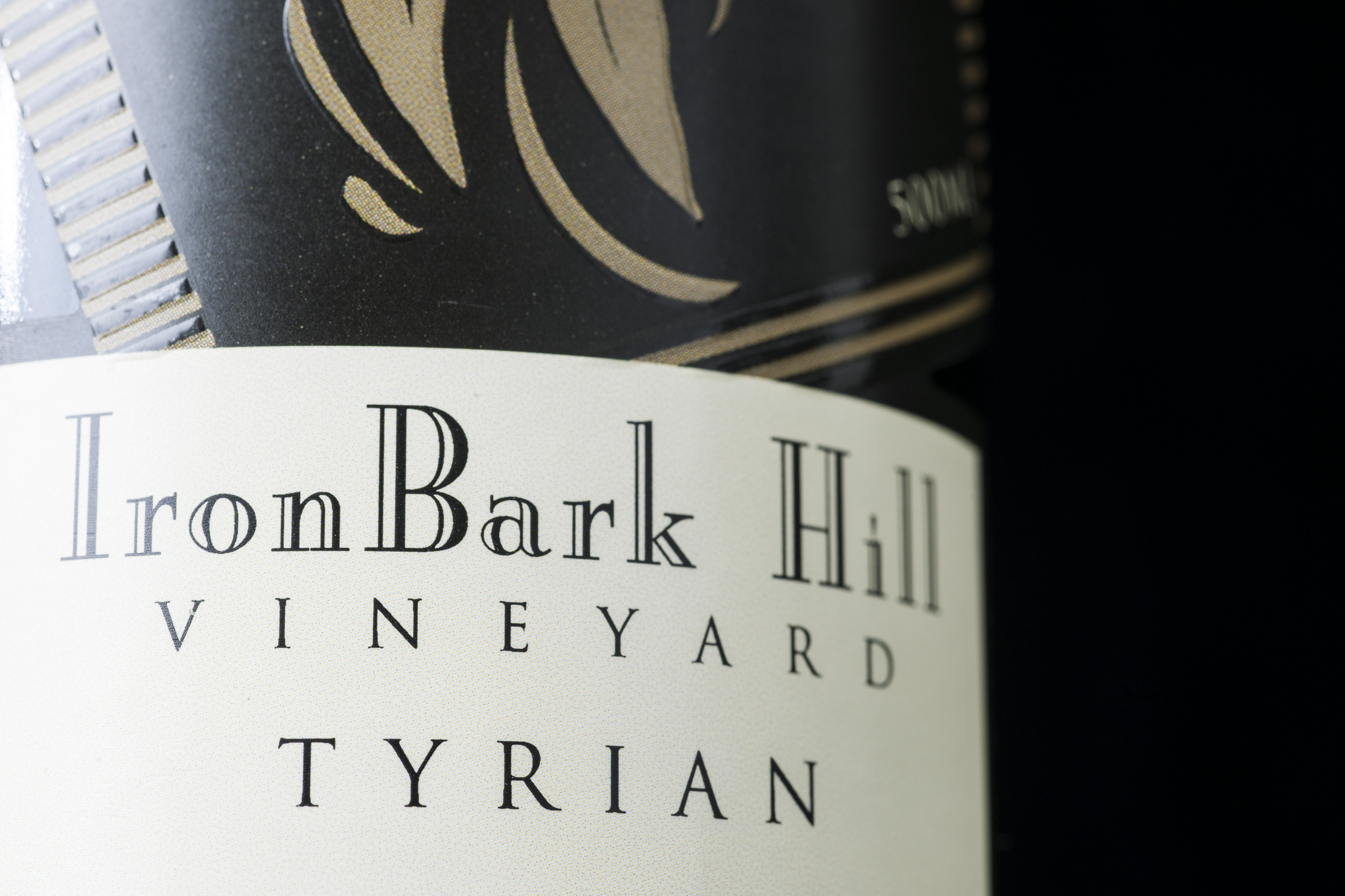 The name Tyrian derives from its association with colour, where it represents ‘deep purple hue’ and was chosen after extensive consultation with industry representatives and marketers.

Grown in the Hunter Valley by Peter Drayton on the Ironbark Hill Vineyard.

Tyrian produces juice sugar levels that are comparable with Cabernet Sauvignon in each of the three regions.

Tyrian wine made from grapes grown in the three regions had a titratable acidity similar to or higher than Cabernet Sauvignon, a lower wine pH and a higher colour density.

Sensory evaluation of the wine from each of the three regions was carried out by experienced industry tasting panels over several seasons. Tyrian wine from each region scored equal to or slightly better than Cabernet Sauvignon.

Tyrian wine can be described as having a very deep colour, with high total and ionised anthocyanins, with rich red currant and fragrant berry fruit aromas and spicy flavours. Tyrian wine is full bodied having a rich palate with high tannins, and has excellent aging potential.

History
The variety Tyrian is the product of a cross between the Spanish wine variety Sumoll and the classic French variety Cabernet Sauvignon. Tyrian was granted Plant Breeder’s Rights in January 2000.

The original pollination was made in 1972 by the late Alan Antcliff. A large team of people have contributed to the development of Tyrian, led by Peter Clingeleffer (viticulturist) and George Kerridge (winemaker).

The aim of the program was to produce high quality red wine grapes suited to Australian conditions. Each variety was selected from a much larger population of seedlings against selection criteria including good (grape juice) sugar to acid ratios, low pH, good colour and flavour and adequate yields.

At the Commonwealth Scientific and Industrial Research Organisation (CSIRO), we shape the future. We do this by using science to solve real issues to unlock a better future for our community, our economy, our planet.