Ageing of wine: has the screw cap changed the rules? 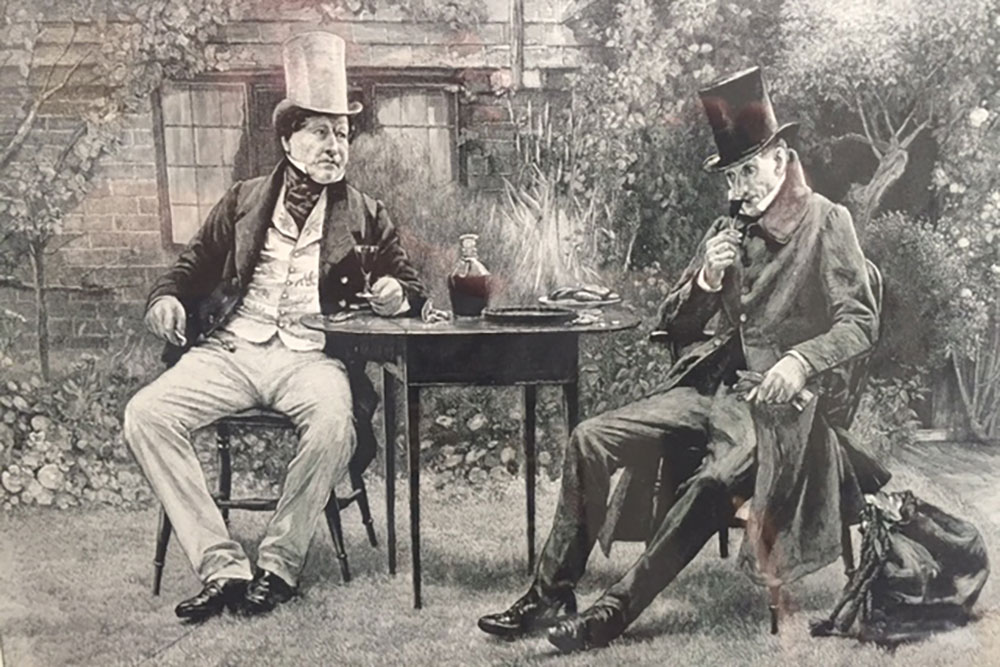 At the fireside lunch at the Hunter Resort last weekend we tasted our Tintilla Semillon from 2015 and 2006 and discussion ensued about the changes in ageing of our wines that has occurred since we moved to screw caps for closure.

The 2006, a 97 points Halliday rated wine, was fresh and travelling exceptionally well- clear with a slight golden hue compared to the 2015 and a nose that screamed “I am classic aged Semillon” the flavours did not disappoint but the hints of honey-comb were still very subtle as was the toastiness that we have come to expect under cork. This wine had a long way to go. There was general agreement that the rules and expectations have changed when it comes to ageing wines now we have the screw cap closure.

Interestingly it was the Romans who first recognised that some wines improve with age and one in particular—Falernian—was most famous, considered a cult wine, it was well known throughout the empire and reference to it is found in the wine bar ruins of Pompeii. A white wine with high alcohol content, picked late like a German Eiswein it was allowed to maderise or slowly oxidise over 15 – 20 years in clay amphorae, producing a colour change to amber or even a dark brown wine. It’s alcohol content was such that Pliny the Elder noted it was “the only wine that takes light when a flame is applied to it”.

The appreciation of ageing to wine was lost till the late 1700’s when glass bottles and corks were developed to a degree that allowed the wine to age. Chateau Lafite, in Bordeaux, was among the first to recognise the benefit of bottle ageing.

It is said most wine is consumed on the day of purchase. However many of our cellar door customers are looking for something ‘special’ when they come to the Hunter.

Studies suggest only about 10% of red wines and 5% of whites will actually improve in the bottle, and only 1% of wines will improve beyond a decade.
Certain wines have a good track record such as first growth Bordeaux wines. Indeed the 1855 classification arose out of recognition that certain vineyards produced exceptional wines.

Quality of fruit and grape variety are two key elements. We wouldn’t expect a $10.00 Chambourcin to improve but a Grange Hermitage , Hill of Grace, a Tyrrell’s vat 7 or even a Tintilla Patriarch Syrah with well known attributes are expected to improve with age.

Red varieties such as Shiraz and Cabernet Sauvignon have a surfeit of poly-phenolic compounds such as tannins, flavour and colour which all contribute to the ageing process.

Hunter Semillon can be enjoyed long after its bottling. New layers of flavour develop and subtle nuances as the wine transforms showing the honey, toasty, rich characters that make it unique. We now know that under screw cap this process is slowed producing a much more predictable wine over time. The key to Hunter Semillon lies the terroir and viticulture that produces its high natural acidity and lower alcohol level.

With red wines in particular viticultural practices such as trellising, which enhances sunlight exposure to encourage darker ’sun tanned’ skins and hence phenolic compound development as well as climate can influence flavour and concentration of sugars at harvest.

Regional terroir is key to many small producers and well recognised, successful grape varieties are helpful hints to which wines age well. Shiraz and Semillon in the Hunter are good examples. Interestingly Grange, probably Australia’s most successful red wine is a blend but from vineyards clustered around the Barossa Valley. Again careful selection of grapes assuring quality is so important.

Handling in the winery, open or closed fermentation, the use of sulphites, protection of whites from oxygen, the choice of barrels, frequency of racking, degree of filtration are all factors which can determine quality.

Barrel fermentation allows micro-oxygenation to enhance the chemical changes that occur with the phenolics substances. In addition tannins and caramelised sugars from the toasting process used to shape the barrel leach into the wine imparting additional flavours. The degree of toasting will influence the outcome. Tight grained French oak leaches less substances than looser grained American oak and depending on the style the mix of barrels can be varied.

While many aspects of winemaking have been around in the cork closure era and no doubt have important influences, we are now in a new era of screw cap closure and it is exciting to look forward to the long term changes in the red wines and also the pace of those changes. Certainly if our Semillon tasting is any guide we will be operating under new rules of appreciation of aged wines.