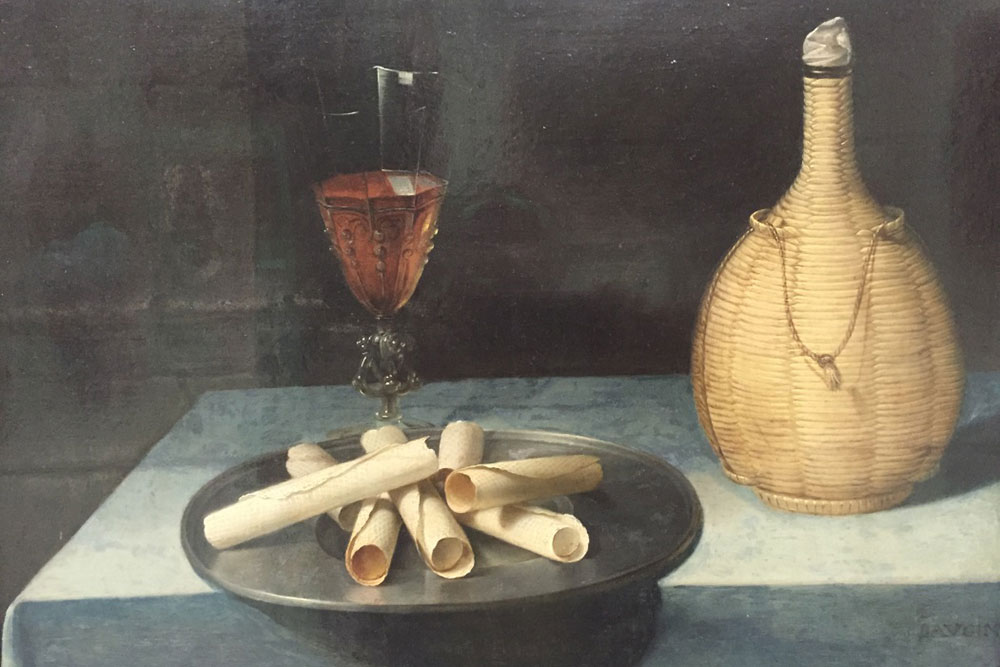 The Legends lunch this June featured wines from Italy, and it was a far cry from what we may have been drinking some 15 – 20 years ago from Italy.

When we planted Sangiovese in the Hunter some 22 years ago it was a grape variety that was hardly known in Australia. Yet many Australians had enjoyed the wines of Chianti when touring through Italy or at Momma Maria’s Italian restaurants, in the classical straw –covered fiasci baskets! Our appreciation of the scope of the Italian wine industry and the many varieties was quite limited. This was in spite of James Busby bringing back a number of Italian varietals including Nebbiolo, Aleatico, Grignoli (Nebbiolo Rosato) and Dolceto in his collection of grape cuttings.

There has been a serious renaissance across Italy in the wine industry as anyone who has been to Vin Italy in Verona can testify. A lot has been spurred on by the desire to export and so some of the more traditional approaches to winemaking have been modified by consumer demand. Probably the trade with the USA started the desire to improve and more recently China has been the focus of much of Italy’s export drive.

I attended a winemaking conference in the hills of Tuscany, just outside Florence some 15 years or so ago, when we were getting underway. One producer said he introduced a Sangiovese Merlot blend to the USA as in a restaurant the customers could point to and pronounce Merlot so the blend would sell!
Indeed Sangiovese has just about always been a blend. The original formulae were developed by Baron Bettino Ricasoli in the middle of the nineteenth century, for a wine that could be consumed early. It consisted of 70% Sangiovese with Canaiolo a red grape and Malvasia Bianca and Trebbiano, both white grapes.

The addition of the white grapes made the wine more approachable when young but reduced the ageing capacity of the wine. Up until the late sixties, the grape vines were often overcropped leading to unripe, high acid wines which when blended with white varietals tended to turn brown within a few years in the bottle.

This unsatisfactory situation was confronted by the Government, growers and the Chianti Classico Research Programme leading to a major revival in both quality and subsequently sales of Chianti. Today Sangiovese from Tuscany is an altogether nobler wine often with higher proportions of Sangiovese in the blends and even 100% being allowed in the classification.

Research in Italy and California has been running in parallel with the development of Sangiovese in Australia allowing us to adopt some of the more appropriate findings from these centres.

At a retrospective tasting in Chianti I attended some time ago discussions were being held about the style and blending of the wines. By way of example, traditional DOCG Chianti’s were compared to some super- Tuscan blends with additions of Merlot, Cabernet and Shiraz while some were 100% Sangiovese. There was no question as to which aged best. After five years or so the traditional blends were fading in colour, while the super-Tuscan blends remained vibrant and in good colour and shape. This helped determine my approach to producing our Tintilla Sangiovese wines.

The DOCG classification required the wine to be aged in wood for four years before bottling. Not necessarily oak but any wood, and then they required a further 2 years in bottle before they were ready to release often leaving a wine that was tired and lacking. The huge old Botte casks with varying wood including mahogany, chestnut and Slavonian oak are a thing of the past in high quality wines.

So this has all changed and a more nuanced approach to the use of oak and barrel size has improved the quality and approachability of the wines. Mark you just like Shiraz not too much new oak is required or it will quickly start to dominate the wine. The wine has the ability to soak up many aspects of the oak including the vanilla that comes from new oak barrels. Careful selection of smaller French style oak barrels has helped balance the wines. The smaller and newer barrels allow micro-oxygenation and shorter barrel ageing producing more complex and attractive wines.

The development of the “Super Tuscan wines” where blends included a number of French varietals, blending and winemaking techniques drove many of the changes to winemaking. These were wines of excellent quality and in high demand but they sat outside the DOCG classification. Eventually, a new classification which included ITG, wines typical of the geography, came into existence.

Until recently it was impossible to determine the true varietal character of a straight Sangiovese! In Italy, it is now recognized as a result of the Chianti Classico research programme that a variety of flavours of straight Sangiovese exist which reflect the terroir where the grape is grown and also the clone of Sangiovese used.

There is much clonal variation in Sangiovese, similar to Pinot Noir which is also prone to clonal variation. At Tintilla we have two “Grosso” clones including a particularly deep-coloured, tannic clone known as Brunello arising from the vineyards of Brunello di Montalcino, one of Italy’s most noble and long-lived wines. While our other Grosso is a varietal that came to Australia via UC Davis in California and the only one available in Australia some 22 years ago when we planted.

What is interesting to me is the way over time the crop levels have settled down and modified so that we get somewhat smaller bunches more concentrated flavours than in the early years. In the beginning, we crop thinned and used the unripened grapes to make verjus but in the last five years this has not been necessary. Indeed the grapes are also ripening a little earlier. I think this is an example of adaption to the terroir of the Hunter.

The elusive taste of Sangiovese is more about “flavour and texture than oak and tannin”. It can depend on the clone, viticultural practice, season and ripeness. It has moderate to high acidity, is medium bodied and can range from firm and elegant to robust. Flavour ranges from strawberries, mulberries, prunes, orange, plum, spice, tobacco, sometimes leather and chestnuts It tends to be savoury rather than sweet, with fine drying tannins.

The best Sangiovese is the product of lower yields through crop thinning and pruning, giving a greater concentration of colour.

Sangiovese has shown itself to be adaptable to many types of soil so that grown in the Hunter will naturally be different to that grown elsewhere. It was a remark in John Gladstone’s book on viticultural climate and matching that suggested the Hunter having a warm summer would be suitable for Sangiovese, that finally led to my decision to plant it.

The challenges are similar to those in Tuscany with summer rainfall always a threat to this late-ripening variety. However, the rewards of patience have resulted in some fine wines.

Saphira Sangiovese is our principle wine, a straight Sangiovese, followed by the Catherine d’M a blend of 70% Sangiovese with Merlot, the marriage of the Italian with the French.

Our Tarantella is a super-Tuscan style, 70% Sangiovese blended with Bordeaux varietals– Merlot, Cabernet with a touch of Shiraz! On the lighter side, we have a Sangiovese Rosato– Rosato di Jupiter a great summer favourite.

Finally, we have produced a Sparkling Blush wine –the Rosalind-made like a Prosecco with secondary tank fermentation. This is a dry, light wine ideal for festive occasions –Christmas and birthdays or any other time really!

Tignanello was one of the first Super-Tuscans produced by Piero Antinori who decided to eliminate the white grapes and add some Bordeaux varietals with great success.