Karl Stockhausen: A man for the times 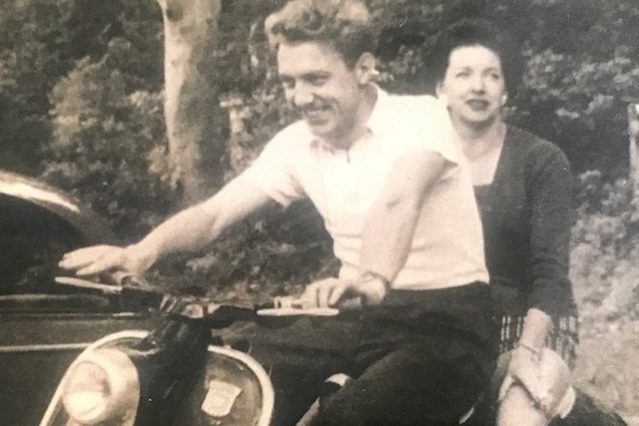 Karl Stockhausen: A man for the times. Bob’s Blog 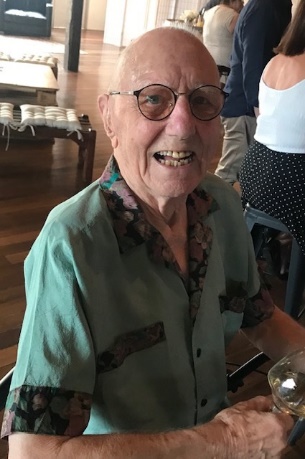 At 90 years and still going strong Karl Stockhausen has lived through and contributed to the renaissance of the Hunter Valley wines. Appropriately a small gathering of friends gathered at the McGuigan/Peterson resurrected Ben Ean – the site of the old Lindemans to wish him a happy birthday. Julz Van de Berg organised a night of memories led by Brian McGuigan, John Davis, Bill Sneddon, and Julz herself. 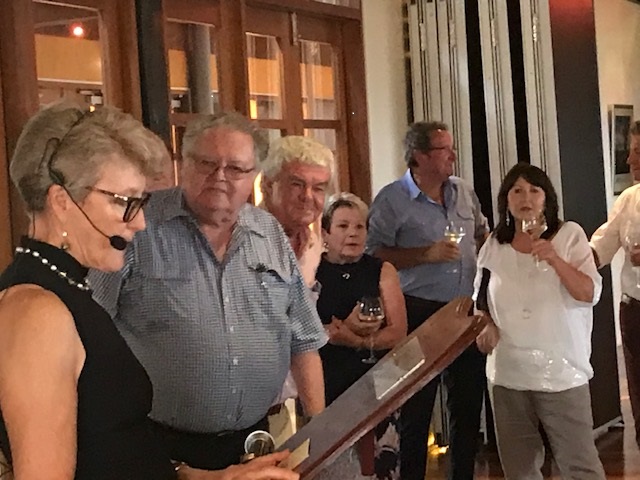 Mention was made by Brian of Karl’s early experience after arrival in the Hunter and some famous wines such as the Lindemans 1965 bin 3110 and bin 3100 Hunter River Burgundysas well as the 1970 bin 3875 Hunter River Chablis Semillon. Having spent some 35 years with Lindemans Karl found new purpose as John Davis said with Briar Ridge having had over 25 years there and crafting the Stockhausen Hunter Valley Semillon, Chardonnay and Shiraz wines. Bill Sneddon remarked on Karl’s humility sighting a story of a trip to London where he introduced Karl with the response THE Karl Stockhausen…his reputation was far greater then he knew!

Many there commented on the help and advice given over the years, his gentle laugh and real friendship.

Max Lake in Hunter Wine Makers commented on the smile in the corner of his eyes and his positive approach. “his quite pleasant manner was refreshing to the workers in the vineyard”. “ He likes friends at the table to share a good steak”

I have enjoyed his company at the monthly Diners Club dinners and his continued interest in the wines-rarely not picking the masked wines and enjoying the comments. 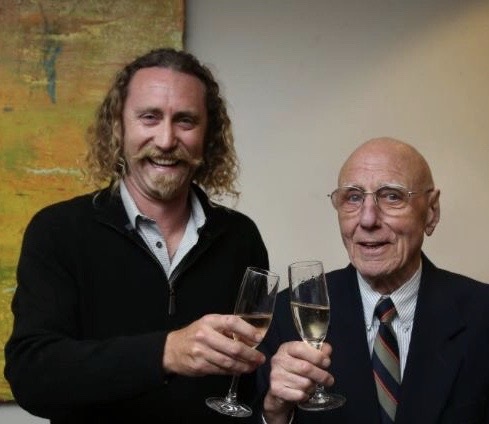 We were very honoured to be awarded the Karl Stockhausen trophy for best wine at the Boutique Wine Show a few years ago, and it was a youthful Karl, in his mid 80’s, who made the presentation to an even more youthful James Lusby.

However, it was at a similar age to James that Karl began to make a name for himself and embark on a 50 plus career as a winemaker.

Not just a winemaker of course, in the early days of the revival of the Hunter wine industry, as Karl has said-“ you were also manager, clerk, answered the phone, and it was very much a one-man show”.

Born on the 26 January 1930 in Hamburg he moved to Australia in his early twenties and ended up at the Greta migrant camp in 1955. With a background working for Unilever as an industrial accountant he decided to travel and Australia was his chosen destination. Karl almost immediately found himself working in the vines and as a cellar hand at Lindemans Ben Ean in the Hunter Valley. 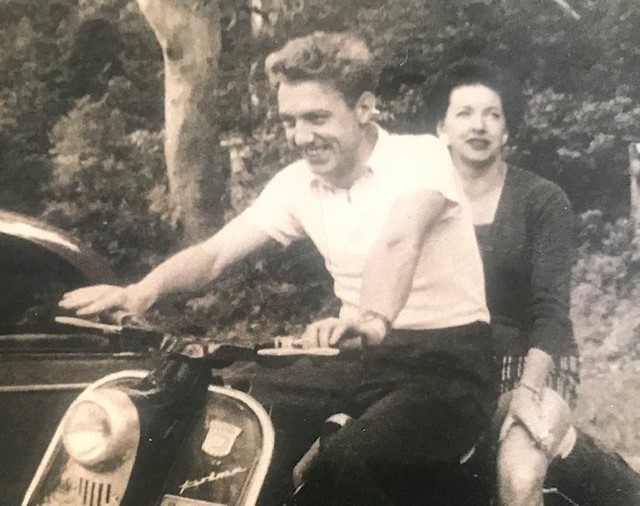 Karl needed and acquired an Australian accountancy degree and at the same time was working for Lindemans. After working at Ben Ean for a few months Lindemans offered him a position at their Sydney office where he stayed till 1959. During this time he made occasional visits to the Hunter and developed his winemaking experience under the guidance of Hans Mollenhauer. Here he got to understand the procedures that occur in the winery. He helped out at vintage time, notably the ’56 and in 1959 came under the tutelage of Ray Kidd.

David Paterson, in his book Hunter Wine Country (1984) asked Karl the puzzling question of how with his background in accountancy did he become a winemaker. Ray Kidd, a graduate of Roseworthy College, gave Karl his notes and as Karl said “I gleaned every bit of Knowledge I possibly could from him. Some days we would talk wine all day until I was full of it. It was largely a matter of getting into it and doing it.”

Self-improvement is an understatement when it comes to Karl. He ordered winemaking books from Germany, sought out mentors and was in a position to take the risk and put things into practice. Winemaking had become almost a cottage industry in the Hunter and opened the way for many such as Max Lake and Len Evens to try their hand.

Timing is everything as they say. When Karl arrived in the Hunter the wine industry was at a low point. By 1956 there were only 1300 acres left under vine. Karl told David Paterson “in 1959 the Hunter was on the downgrade, production was down, vineyards were pulled out and yields were extremely low; there was no hope for it, but fortunately, that has all changed”

The year was 1960, some would say a pivotal year that ushered in a change in the Hunters fortunes. It was the decade that saw the birth of small Boutique wineries led by Max Lake and Len Evans. The ‘60 vintage was however disastrous with hailstorms virtually wiping out the whole district. Opportunity shines on those who can utilise it and it fell into the hands of Karl. Hans Mollenhauer had unexpectedly resigned and had recommended that Stockhausen replace him. The small yield enabled Kidd to leave Karl to his own devices.

So he managed to cobble together enough white grapes, predominately Semillon with a touch of Traminer and Verdelho to make a wine. It turned out to be an absolutely fabulous wine- 1960 vintage bin number 1616.

With the post WW2 migration, the drinking habits of Australians were changing and table wine was emerging as an OK drink beyond the traditional beer.

Modernization of winemaking had started and Orlando in South Australia had acquired a pressure fermentation tank from Europe. It was a means of extracting juice thought to improve the quality. Fermentation takes up to a fortnight under carefully controlled conditions of Temperature and Pressure, in contrast to an open vat seething away for only four or five days.

Electricity and refrigeration arrived about this time in the Hunter vineyards. Lindemans got in on the act and built a “pressure cooker”, so by the time of the 1960 vintage Karl was able to utilise this equipment. Somewhat amazingly the wine became a multiple award winner when entered into various white wine classes- Riesling, Hock, White Burgundy or Chablis as he told July McIntyre “wherever it went it won first prize”.

This was the age of giving European names to wines…varietal designation was yet to come.

The state of the vineyard itself, tired and run down by 1960 was also an issue for Karl to address.

Ivor Roberts in his book Great Australian Wines (1974) recalls the issue of erosion addressed by Karl. “we gradually removed the old vines and contour planted … which allowed the water to drain away”. So it is true as they say good wine starts in the vineyard and the winemaker needs to be as familiar as possible with his lot. Karl, after all, was no stranger there, it all started with his feet on the ground weeding the vineyard back in 1955.

Roberts asked Karl what he considered the most important factor in producing great Hunter wines. Striving for uniform quality, to make sure that the best wines come from a particular lot of grapes, ‘Bear in mind you must have good Fruit” was the answer but also alluding to the terroir (altitude, climate, and soil) that gave Semillon and Shiraz their unique characteristics. When asked which vineyards produced the best red wines he opted for those with heavier red clay soils. He also noted Chardonnay, Traminer, Verdelho and even Pinot Noir can make good quality wines here.

Many of us today know Karl through his contributions to the wine shows. His vast experience as a wine judge for the two local shows and contribution to the organising committees reflect his total commitment to improving the quality of Hunter wines.

I can remember the cement fermenters scattered across the few wineries in the early sixties “state of the art!” buried in the ground of the new Rothbury estate for instance. How times have changed with shiny stainless steel and oak barrels. All these changes have occurred in Karl’s working life and he has been an example to all with his applied diligence and adoption of progress in the art and science making of wine.

There are so many stories that cover a sixty year plus life in the vines however often the start is a window into the man and to me, the most interesting.

Karl was inducted as a Hunter Valley Living Legend in 2007.

Long may the legend live.

From Tendrils to Trophies John Flannery 2018