A tasting of Hunter Valley Semillons has left W. Blake Gray in a terrible quandary 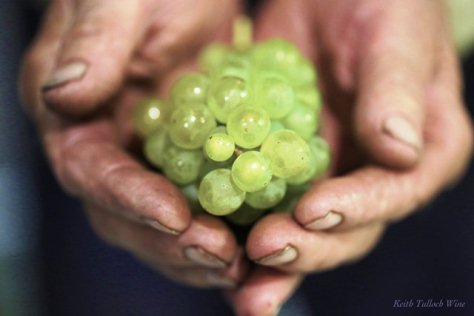 A tasting of Hunter Valley Semillons has left W. Blake Gray in a terrible quandary.

I probably shouldn’t be writing this story. I don’t actually want you to start buying up older Hunter Valley Semillons. Maybe you should just stop reading right now and stick with white Burgundies.

Along those lines, let me quote Sacramento retailer Darrell Corti, who knows more about wine and food than anybody else I have ever met, about how he tried to “sell” older Hunter Valley Semillons in his store.

“I had some Hunter Valley Semillons from 1986 and ’87 and I put a sign in front of them that read, ‘Unless you are familiar with mature white wines, Please Do Not Buy These Wines’,” Corti said. “People would stand in front of the sign, stare at it, and eventually they would walk over to the counter and ask why. (Before the sign), every time they bought a wine, the next day they’d bring it back and say: ‘This doesn’t taste like the last Chardonnay or Sauvignon Blanc’ or whatever they had last. I got tired of bringing home those bottles with just a little bit gone. I would refund their money and the next day the wines would be beautiful.”

With Hunter Valley Semillon, it’s always easier to drink them than to sell them. My own story along those lines is that one night in a nice restaurant in Brisbane, I ordered a 10-year old Hunter Valley Semillon off the wine list. That prompted a visit to my table from the wine director, who opened our conversation with: “What restaurant do you work for?” He said people in the trade always order these wines and civilians never do.

Since Hunter Valley producers switched to screwcaps a little over a decade ago, their Semillons have become the most reliable ageworthy white wines in the world. They may be as long-lived as top Rieslings – though we don’t know that yet – and perhaps as complex as top white Burgundies would be if they were unoaked, though we don’t know that either. What we do know is that they are significantly cheaper than either of those, they seem to have fewer duds, and with the advent of screwcaps, we may finally see the upper limits of their potential.

Four of the top winemakers in Hunter Valley brought a selection of their older wines to California last week. The wines were awesome: three of four 2005 Semillons tasted like babes, with enough freshness to keep them interesting for years. In fact, a flight of 2009 Semillons was further evolved than the 2005s; the producers chalked that up to vintage variation.