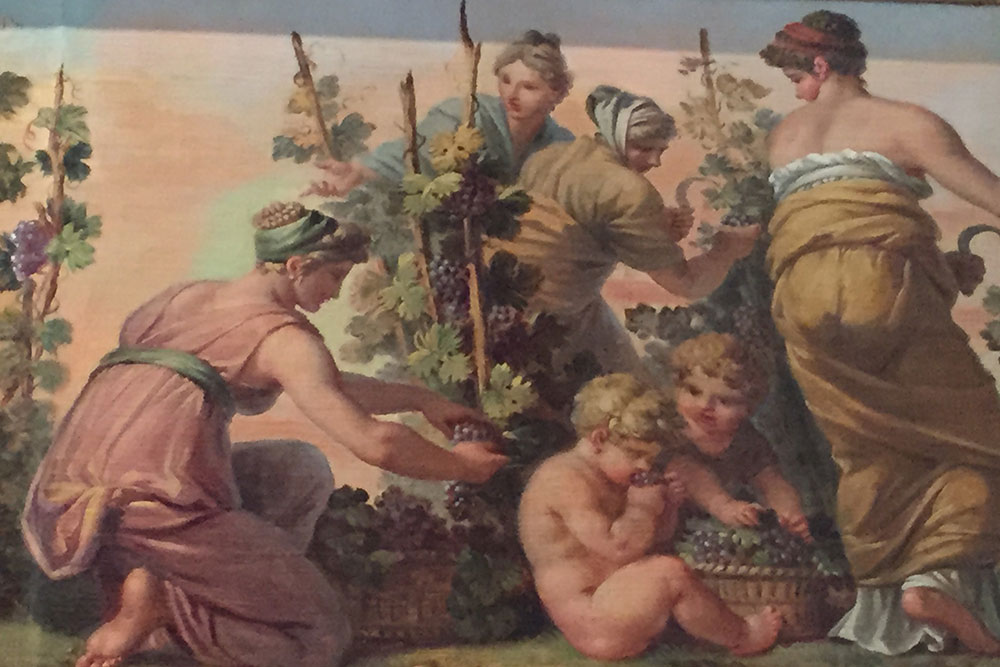 At the recent end of harvest Legends Lunch here in Pokolbin we were all asked to bring a Hunter wine of interest so among the 13 of us gathered, there was a grand selection of old and not so old wines. Now we do tend to have palates that enjoy and can be forgiving of older wines and we tend to look for the positives in the offerings. Indeed it’s often the story behind the wine that creates the interest.

The white bracket from oldest to youngest was examined with the usual “Semillon is best” perspective and it did not disappoint.

But first, the 1988 Robson Chardonnay from Mount View. It had a good cork and had an interesting aged nose, it was a honey yellow colour from ageing and natural oxidation, and had interesting flavours, an almost ripe fruit and sherry like aspect that we have come to expect in older white wines. Now it was well past its prime but was made in those exciting times when the Chardonnay wines were emerging as an alternative to red wine. They were big and buttery and rather heavy on oak- all this was to attract the taste buds of dedicated red wine drinkers and it worked. However this style was not to last and gradually the consumers and wine makers looked around for a better way to produce Chardonnay. An old review of Robson Chardonnays noted, “the oak character can over-whelm the fruit when young, but age brings integration, and integration brings depth “. Indeed a similar old review of Tyrrell’s early Chardonnays noted the use of small oak barrels which again would have given a notable oak character. I had purchased the wine from Murray Robson who was busy signing his labels and took the wine with me, not using his “famous storage facility”, those many years ago!

Today the approach to Chardonnay has changed, we pick the grapes earlier with lower alcohol potential and we use less oak by maturing the wine in larger old and new 500l barrels, don’t stir the lees and avoid malolactic fermentation (read- less buttery character). A leaner, fresher, slightly fruiter, brighter wine with good line and length is usually the result. Some say it is more like Chablis but I think it is emerging as a truly Australian style of Chardonnay.

Next we had a 1997 Tyrrells vat 1 Semillon, under cork, it was clear to look at but lacked freshness. Indeed one of our members felt it had a bitter aspect though unmistakably Semillon -it could pass as just an ageing, possibly slightly oxidized wine but enjoyable none the less. Our leader Ian Napier who brought this wine took the precaution of bringing two bottles and the second was an outstanding Hunter Semillon with 20 years of ageing and not a hint of premature oxidation, thus highlighting the variability and difficulties of cork closures.

The late 1990’s saw a peak in the difficulties with Cork. Our Tintilla 1998/9 Semillons showed a large proportion of premature oxidation despite having used what were supposed to be top quality corks, and we were not alone in the valley. This was not cork taint due to the chemical PCA but rather premature oxidation (premox) of the wine which we attributed to poor corks. Most of the wine had to be discarded.

The European producers of cork during the 1990’S had unprecedented demand as many new world wineries came on line and old world production increased such that many corks were not up to scratch. Some say the trees were overwatered and cork not so tightly bound and the producers appeared to let their quality control slip. The problem caused a major crisis in Burgundy in the mid to late 90’s with “premox” causing unduly advanced, at times undrinkable oxidized wines. As those who have experienced a premature oxidized wine will know the colour may be more advanced having a yellowish hue, but this is not always the case. The nose may have a bruised apple or furniture polish hint and the crispness is replaced by a dull nondescript character. Sometimes the changes are subtle and can go unnoticed by someone unfamiliar with the wine.

Just what parts of a wine that are oxidized and when, becomes important in trying to avoid a bad outcome. Initially both the flavonoid phenols found in the skins, pips and stems as well as non-flavonoid phenols in the pulp are at risk, the flavonoids will cause the juice to change colour but usually this is corrected during fermentation and additions of sulphur. Great care is taken to protect the juice and later wine from exposure to oxygen by the use of inert gases. Ethanol itself can oxidize leading to acetaldehyde and water, a process that again can be mitigated by sulphur. It is usually the acetaldehydes that really can make a wine undrinkable and this process can occur in the bottle.

As the Burgundy trade relies on bottle ageing before release it was a serious problem. One issue that was identified was that of cork quality. Some producers tried the use of silicon coated corks which had the promise of a better seal, however they slipped out easily suggesting they had the potential of letting the oxygen in, and the silicon actually is able to consume the protective sulphur. Inspecting the corks we received showed an increase in holes and lack of tightness which I am sure would have been the case elsewhere, this was in fact a worldwide problem but highlighted in Burgundy.

Another factor was possibly related to the winemaking. The desire to have more elegance and individual styles with fresher and tastier characteristics led to the use of less oak contact and less sulphur. To make more approachable wine for earlier consumption, led to a reduced level of sulphur being used. Sulphur can dull down a young wine so using less can make the wine more attractive at an earlier stage but at the same time loosing the protection from oxidation sulphur brings.

Here in Australia, where we felt let down by the cork suppliers, the drive to screw caps was accelerated and apart from learning what levels of sulphur were now required the transition has been most successful.

Needless to say the Tintilla 2004, the Mcleash 2007 and 2013, all under screw cap, were splendid examples of Hunter Semillon and the changes that occurred naturally over time enhanced the enjoyment.

Now when it comes to the reds the tannins convey additional protection and we had no issues with the bracket of older wines—Brokenwood Graveyard 1988, Draytons Shiraz Malbac 1992 and Tyrrells Vat 11 Shiraz 1994, all under cork. The corks were in good condition. The Brokenwood was outstanding- maintaining its colour with rich flavours and a joy to have, thanks to Richard Friend who brought two bottles just in case. The Draytons Shiraz Malbec had by now lost some colour as had the Tyrrells Shiraz but both had elegant aged flavours and no hint of oxidation.

The younger Shiraz included a Wombat 2005 Shiraz and a magnum of Tintilla 2007 Shiraz both wonderful examples of the Hermitage Road terrior. One final wine to mention was brought by Stewart Ewen, a Vine Dried Shiraz from Oakvale 2011, made for Richard Owen. In this process the grapes are dried, either by cutting the arm of the vine and leaving them to dry on the wires or by picking bunches and drying them to concentrate the flavours. It was a Christmas pudding style of Shiraz surprisingly smooth, deep colour with raisins and plums…a great way to finish our lunch with a variety of cheeses selected by Andy at the Cellar Restaurant.

By the way we do this tasting with food over about 4 hours, split between 13 colleagues, discussing each wine in detail and often recalling the stories behind the wines and those who produced them. We arrive and go home by bus just in case! It takes about one month for us to recover in time for the next important meeting!