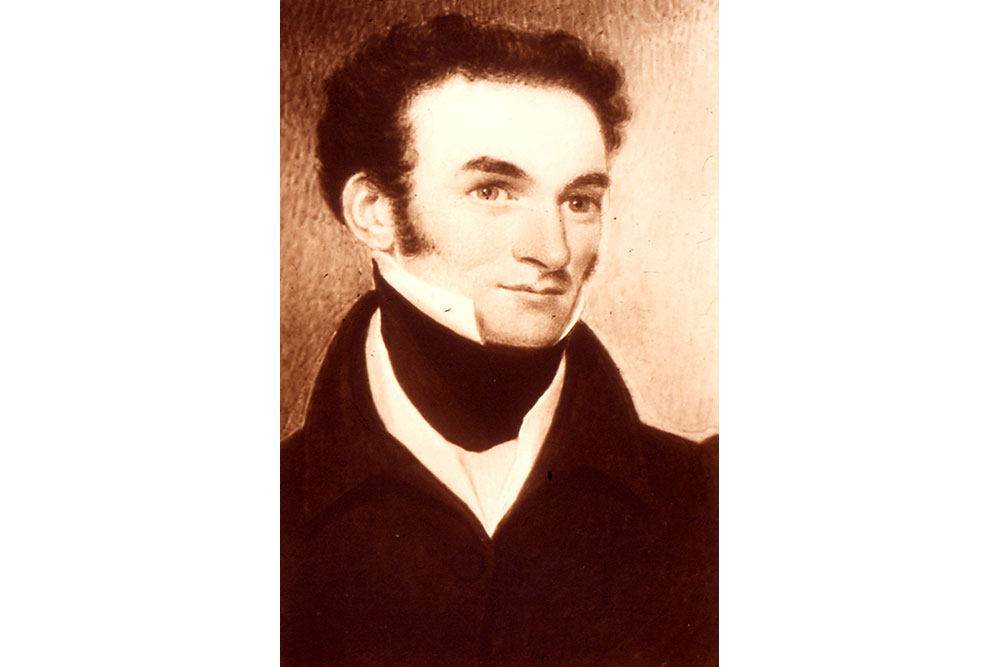 While harvesting our Semillon I was asked by one of the pickers “how come Semillon does so well in the Hunter?” Well it was not by accident but as a result of keen observation and experiment in the early days of the wine industry that it emerged as a successful varietal in the Hunter.

It was variety No. 60 in Busby’s catalogue of vines. There were six varieties of Bordeaux White grapes, “De la Gironde” The others were Sauvignon, Rochalin, Blanc-Doux, Pruneras and Muscade. Busby was impressed with the Semillon and recommended it should occupy a proportion of two thirds of the vineyards that included the others. The vineyards planted to these varieties he said produced the best white wines of the Department including Vin de Graves, Barsac and Sauterne.

About a third of the Busby collection of vine cuttings went to a botanist Thomas Shephard, who had established a nursery on 28 acres of alluvial soil located near what is now Sydney University near Vine Street. It was called Shepherds Darling Nursery after the Governor who gave him the grant of land to establish it. It was Shephard who first observed the suitability of Semillon in the new environment being free of disease particularly blight that affected many of the varieties. For some time wine made from Semillon was referred to as “Shephards Reisling”, later Hunter River Riesling and finally Hunter Semillon.

Encouraging farmers to grow grapes Shepherd also suggested they experiment with different varietals. He suggested they take two cuttings of various varieties obtained from the Botanical gardens and observe their growth, vigor and susceptibility to blight and keep a record of their observations and report their results.

In the Hunter the great pioneer James King of Illawang experimented with many varieties trying to identify those most suited to our region. We probably have him to thank for seeing Semillon as a star among his experimental plantings which led to its wide spread propagation in the Hunter.

In the early days information about various trades, viticulture, horticulture and even landscape gardening was spread through a Scottish educational movement that came to Sydney in the form of The Mechanics School of Arts, in Pitt Street. Some of its founding members went on to develop the Sydney University as the next major educational institution. Mechanics in those days meant people who worked with their hands, and applied to the many settlers seeking to build the colony. I have a personal interest in the building now known as the Arthouse Hotel and largely restored inside, it still stands and is next to the Hilton hotel. The colonial architect was my great-great grandfather, John Bibb and his brother James was on the board of the Institute.

Thomas Shepherd, a person not often mentioned in the history of vines in Australia did however play a key role in the early days. The extended cultivation of the vine, after the arrival of Busby’s cuttings, can rightly be ascribed to Busby and Shepherd the practical nurseryman with the skills required. As well as giving a series of lectures at the Mechanics School of Arts on vegetable and fruit growing, he propagated many varieties of fruit trees and produced trees and seeds for sale. The early colony was “indebted to him for producing cheap fruit trees of the finest sorts” In 1834 the “Sydney Herald” published at length his lectures making available the information to a wide audience. It was said of Shepherd he “took delight in making known what some would call the secrets of the trade” He was a strong supporter of James Busby and foresaw the potential export role for wine from the colony.

Both men took to writing to spread their knowledge of the grape. Busby’s most influential publication in 1830, “A Manual for Vineyards and making Wine” addressed the needs of smaller settlers and when reviewed by the Sydney Herald was said to have “done more for the culture of the vine– and conferred a substantial benefit upon our colony” In 1831, prior to his journey to Spain and France to collect properly ascribed cuttings, Busby had gathered and distributed some 20,000 vine cuttings from the forty or fifty small growers in the colony and in doing so recognized the lack of classification that existed.
Busby believed a rapid increase in vine planting followed the publication of his manual. This combined with well identified vine stock and Thomas Shepherds efforts at selection, propagation and his lectures led to a tenfold increase in plantings as noted by the Sydney Herald.

The horticultural skill of one and the zeal, passion and observational powers of the other was a powerful combination. Their foresight produced great benefits for the early colony and was truly remarkable.